Before the foundation of Armenia, the first record of an Armenian state is “Aratta”, which existed in approximately the 27th to 28th century B.C. Thanks to Sumerian inscriptions, we know this, as well as many other facts regarding the state. Aratta, according to the Sumerians, was protected by walls, had a large and powerful army, and had their own writing script. The leader of the state, called the Krmapet, was also the religious leader. They were polytheistic, with the main and most imporant God, Haya (Hayk). 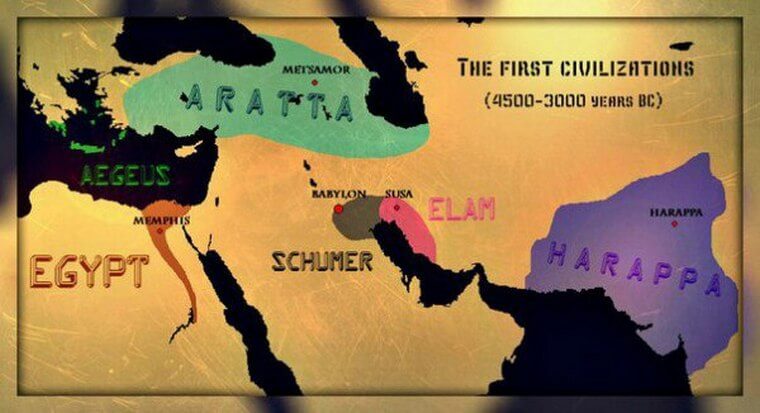 Hayasa, also known as Hayasa-Azzi, was a tribal confederation consisting of Armenian tribes. Hayasa-Azzi had a large army, and great architecture, including a pantheon of the Gods. It lasted from approximately the 15th to 13th century B.C. Their biggest enemy and neighbor was the Hittite Empire, which collapsed in around 1200 B.C.

The tribal confederation of Nairi lasted from around the 13th century to the 10the century B.C. It had a total of approximately 250 cities. The name “Nairi” was a term used by Assyrians to refer to the Armenian tribes on the Armenian Highlands.

The Kingdom of Van , also known as Urartu (exonym) or Biainili (endonym), was located around Lake Van. It’s capital was no other than the city of Van. Interestingly, the first kings of Urartu reffered to themselves as the kings of Nairi. Urartu was the first unified Armenian state and it lasted from around the mid-9th century B.C. to the 6th century B.C.

After Urartu, the Persians (Median Kingdom) invaded and set up their rule on the Urartians. It was only in 6th century B.C. when Armenia rose as an official and unified state. During the Artaxiad dynasty (Արտաշեսյան Artashesian), under Tigranes III’s rule, Armenia extended and became the largest in size that it has ever been (to read more about this click here).

However, shortly after this great achievement, it fell in the hands of Roman rule, and Armenia was no longer a sovereign state. In the 1st century A.D., the Romans and Parthians constantly competed to rule over Armenia.  In the 4th and 5th century A.D., Armenia became divided; one half was in Byzantine rule, the other, in Sassanid Persian rule.

The creation of the Armenian alphabet in the 5th century A.D. played a major role in the integration of Christianity among Armenians, since they were now able to attend masses and read the Bible in the Armenian language. 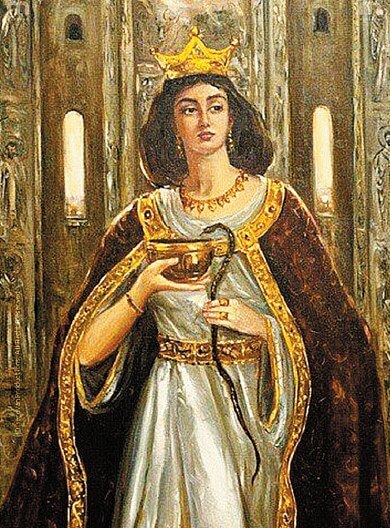 In the year 645 A.D., after years of slaughter and unrest due to the Arab conquest, the entirety of Armenia fell under Islamic rule. Arab rule weakened 200 years later. Ashot I of the Bagratuni family gained popularity and in 861 A.D., he became the prince of princes. He lead a revolt and pushed Arab rule out of Armenia. He became King of Armenia, which was recognized by both the Emperor of Constantinople and the Caliph of Baghdad. Finally, after 450 years of occupation and domination, Armenia was once again a sovereign state.

The Ottoman Empire and the Persian Safavid empire constantly passed Armenia back and forth. Eventually, a treaty called the “Peace of Amasya” was signed, where Eastern Armenia fell into the hands of Persians and Western Armenia, the Ottomans.

Eastern Armenia stayed under Persian rule until the 19th century, when the Treaty of Turkmenchay was signed, concluding the Russo-Persian war. This treaty made the Persians give away the territories in South Caucasus until the Araks River to Russia.

After the Armenian Genocide perpetrated by the Ottomans, Western Armenia was conquered. Nonetheless, Eastern Armenia was lucky. Russian-controlled countries Armenia, Georgia and Azerbaijan formed a short-lived into a single state called the Transcaucasian Democratic Federative Republic, which lasted only for a month.

On May 28th, 1918, Armenia finally gained independence; this was also short-lived.

In 1921, uprisings under the command of Garegin Nzhdeh against invasions and the giving of the region of Zangezur (Syunik) began. Finally, the Soviets agreed to keep Zangezur within the territory of Armenia and on 13 July 1921, Armenia became part of the Soviet Union. 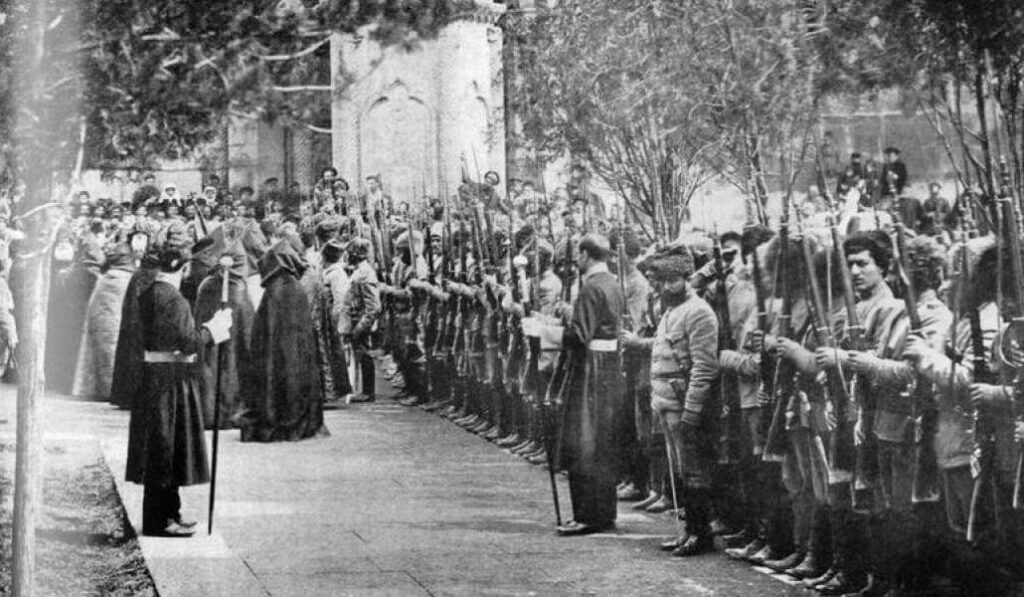 Armenia remained under Soviet rule for 70 years from 1921 to 1991. Armenia was one of the 15 countries that constituted the Soviet Union.

Constant tension with neighboring Azerbaijan and with the Soviet government finally led to hostilities with shootings among the New Armenian Army and the Russian troops based in Yerevan.

On September 21, 1991, a referendum took place and the majority voted for independence and became independent. The first years of independence were difficult, with the lack of electricity on one hand, earthquake and war on the other hand. However, overtime, it began to stand on its feet little by little.