Summary of Battle of Avarayr

The Battle of Avarayr took place in 451 A.D. The war was fought between the Sassanid Persian army and the Christian Armenian army. The war took place on the Avarayr plain in the region of Vaspurakan in Greater Armenia, which is currently located in Northern Iran. Although Armenians lost the war, it paved way for a treaty in 484 A.D. called the Nvarsak Treaty. This treaty was key in protecting the right of Armenians to practice their religion.

Background and Cause of Battle of Avarayr

The Kingdom of Armenia was the first nation that officially adopted the religion of Christianity. It was adopted in 301 A.D. During this period of history, Armenia was under the Arsacid dynasty, and was under Tiridates III’s rule.

On the condition that Armenians were allowed to practice their religion freely, the Armenians were happy about the new Sassanid Persian rule. However, the successor and son of King Bahram V, King Yazdegerd II, was troubled by an idea. The idea was that the practice of Christianity would cause the Armenians to side with the Christian European nations rather than the Persians that practiced Zoroastrianism.

The Battle and its Aftermath

For the Armenians, the battle was to defend their Christian faith.

On June 2, 451 A.D., with an army of approximately 66,000 men, the Armenians faced the opponent Sassanid Persians, who had an army three times larger.

The Armenians lost the war, and the infamous Vardan Mamikonian was slain along with eight of his loyal officers. The Sassanid King of Kings assigned a new ruler to Armenia, simultaneously jailing many Armenian noblemen and Christian priests. 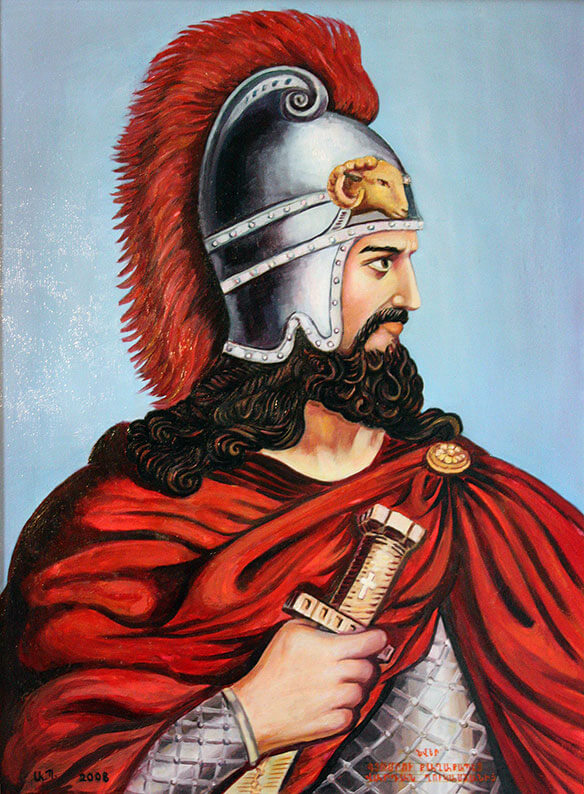