The Beginning of Soviet Armenia

For a few years (when it was already in the Soviet Union), Armenia was part of the Transcaucasian SFSR (TSFSR), which lasted from 12 March 1922 to 5 December 1936. The Transcaucasian SFSR was constituted of three Soviet states, Armenia SSR, Georgia SSR and Azerbaijan SSR. After the break-up of this small union in 1936, Armenia became a separate state in the Soviet Union, and was once again recognized as Armenia SSR.

The new Soviet Armenia felt like a safe haven, particularly for the Armenians that escaped the Armenian Genocide (1915 – 1923) that took place in the collapsing Ottoman Empire. It was a relief for local Armenians as well, as the nation was torn apart by the poor economy and wars, such as the Turkish-Armenian war of 1920.

Armenia SSR and the Great Purge

Under the rule of Joseph Stalin, artists, authors, and other intellectuals were arrested and killed in the late 1930s (specifically 1937 – 1938). This was done to get rid of anybody that suggested anti-Soviet ideas or took parti in anti-Soviet activities. Ironically, many of those that were in the list of those to be executed were old-Bolsheviks and part of the Communist Party of Armenia.

Throughout 1937 and 1938, around 4,530 people were executed. Authors including Yeghishe Charents, Aksel Bakunts fell victim to this purge.

During this horrific era, not only were there executions, but also deportations. Thousands of Armenian were deported to Siberia, including 200,000 Hamshen Armenians (Muslim Armenians that live along the coast of the Black Sea) to Central Asia. 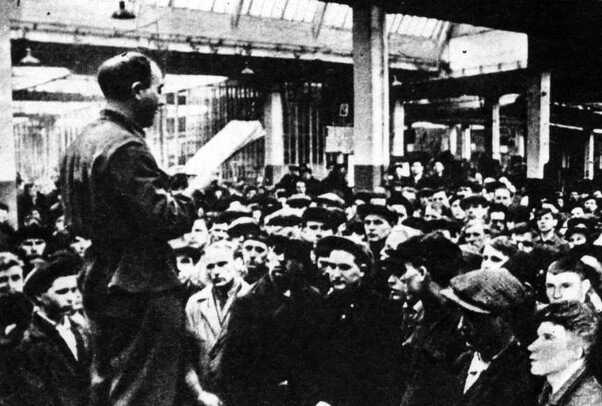 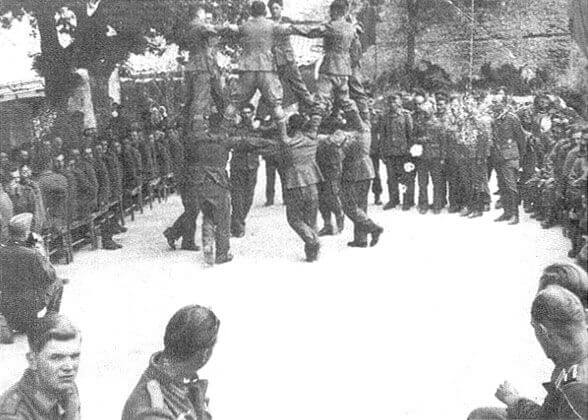 Joseph Stalin opened a policy which allowed Armenians from the diaspora to settle in Armenia SSR. However, many of whom repatriated were suspected of being nationalists and engaging with pro-nationalistic activities, and were sent to Siberian labour camps, and only released after Stalin’s death in 1953. 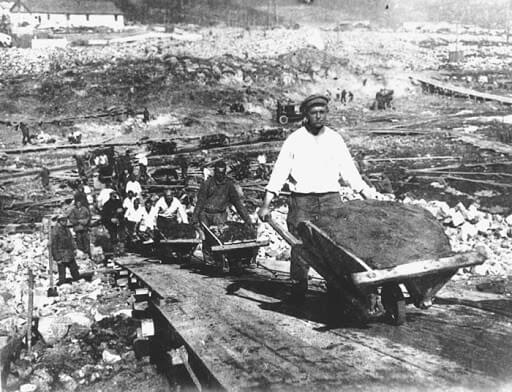 Stalin’s successor, Nikita Khrushchev, was more loose with his policies and allowed the country more freedom. This was a prospering period for Armenians; religion was given a limited opportunity to strive among the community with the return of the Catholicos of Armenians and his duties, as well as the publication and spread of works of Yeghishe Charents, Raffi, Aksel Bakunts and more.

The period that came after was stagnant and the privileges that Armenians had in the previous decade were largely overturned. Although policies were stricter than they were during Khrushchev’s era, they were not as heavily imposed as they were during Stalin’s era; it was under the leadership of Leonid Brezhnev.

In 1965, Armenians protested for the building of a monument dedicated to the victims of the Armenian Genocide (it was on the 50th anniversary of the Genocide). Interestingly, the mass gathering was not hindered, despite the fact that Soviet principles were strictly against protests and nationalist activities. 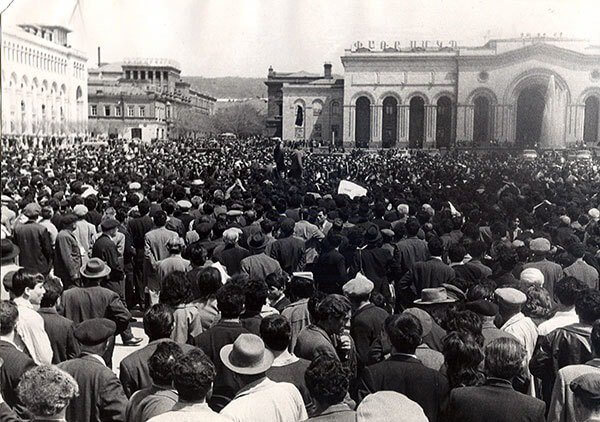 Mikhail Gorbachev was the last Soviet leader. During his leadership, he brought forth a policy of “openness” (гласность, glasnost), and a reformation of the USSR Communist Party, called ‘perestroika,’ which literally means “restructuring.” This allowed Armenians in the Soviet Union to reconnect with their identity and started being concerned about the return of the mountainous region of Nagorno-Karabakh, which was given to Azerbaijan SSR by Stalin, but promised to Armenia.

Initially, Gorbachev seemed to be a favorable leader to Armenians, but after the rejection of the unification of the Nagorno-Karabakh enclave with Armenia, his reputation among Armenians took a turn for the worse.

The map below shows the location of Nagorno-Karabakh — for which both countries battled over (and continue to do so almost 30 years on). 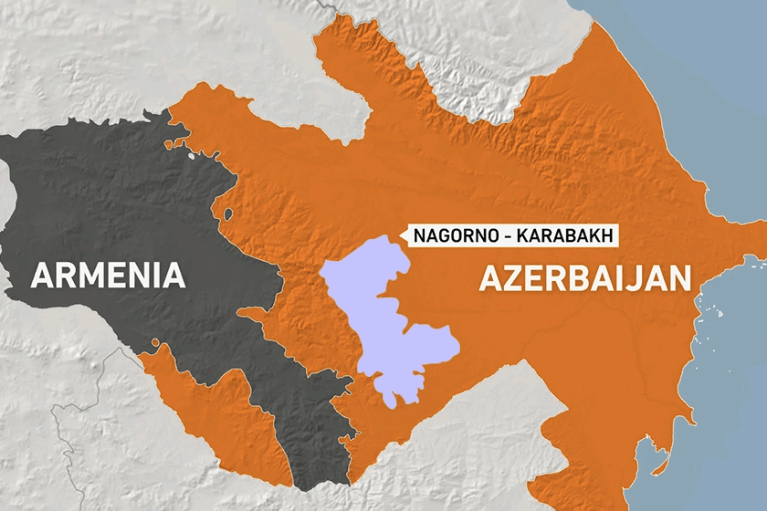 The Karabakh Movement and the War

In 1988, February 27, Azerbaijani mobs in Sumqayit (city in Azerbaijan) stormed into Armenian houses and violently attacked Armenians. The same thing occured in late February in Baku and Kirovabad (mordern-day Ganja). The Red Army did not intervene.

Riots and protests took place in the streets of Yerevan. Ethnic uprisings took place and war was inevitable, particularly after the violence against Armenians in Azerbaijani cities. This period is known as the Karabakh Movement, which lasted from 1988 to 1992.

It was in 1992 when full-scale fighting began, after Armenia SSR gained independence and the Soviet Union collapsed. 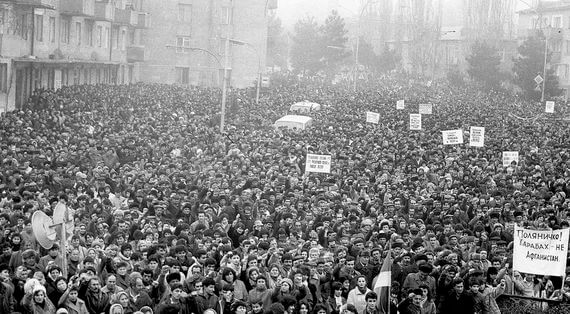 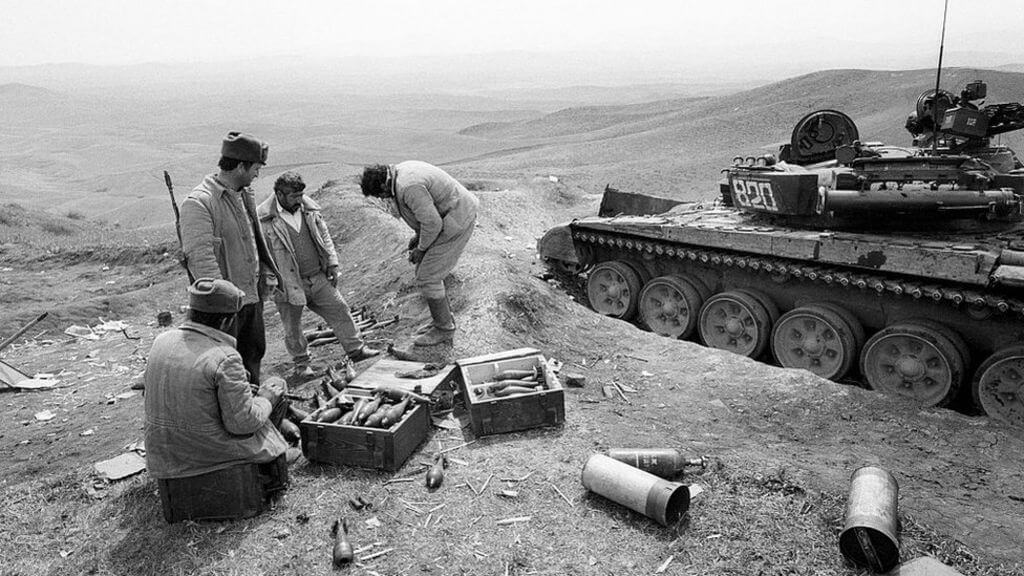 Click here to learn how people lived during Soviet Armenia.