Ottoman Empire Beginning: The Appearance of Turks in Anatolia

During the 11th century, the first Turks appeared around Anatolia, which was populated by Greeks, Armenians, Persians, Arabs, Kurds, and more. The Seljuk Empire was founded in 1037 in Central Asia, but by 1060, it had reached all the way to Anatolia. In 1045, the Bagratuni kingdom fell thanks to the Byzantine Empire; the gates of Ani were opened to the Byzantines by Armenian noblemen.

Two years later, in 1047, the Seljuk Turks invaded and captured it. They looted and massacred the locals and reached the city of Karin. However, they were unable to capture Kars. In 1071, the Battle of Manazikert took place; the Seljuk Turks fought against the Byzantines. It was a decisive battle, and the Byzantines lost, which allowed the inflow of Seljuk Turks from Central Asia.

When the Turks arrived, the Armenians and Greeks (who mainly fought with swords) were faced with armies of skilled archers, which ultimately lead to their defeat and the advancement of the Turks into Anatolia.

Armenia was stormed and looted by Mongols, under the commander Timur Leng ( Timur the Lame; he was the grandson of Gengis Khan). After the Mongols, the Aq Qoyunlu and Qara Qoyunlu Turkmen tribes ruled over Armenians until the rise of the Ottoman Empire.

The Ottoman Empire was founded in 1299 by Osman I. It was settled by Oghuz Turks, then known in the Middle East as “Turkomens”. From 1512 on, Persians and Turks battled, most of which took place on the lands Armenians lived on. In 1555, Turks and Persians signed the Treaty of Amasya; Eastern Armenia fell to the Persians and Western Armenia fell to the Ottomans Turks. This did not take place immediately, it took place towards the end of the 16th century.

Armenians were part of a millet system established by the Ottoman authorities. The millet was the name for non-Muslim minorities living in the Ottoman Empire; Jews, Greeks, Armenians all were part of the millet system. Millets were allowed to control themselves and have their own laws. The head of the Armenian millet was the Armenian Patriarch of Constantinople, who had his own jail, small police force, and could jail or exile people at his command. 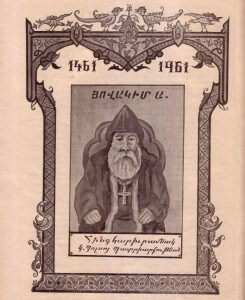 For hundreds of years, Armenians lived alongside Turks, Kurds, Jews, Greeks, and other ethnicities in the Ottoman Empire. In 1839, the Tanzimat Reforms were declared, which were meant to modernize and secularize the system. It also aimed to unite the minorities, or millets, declaring them equal to the Muslim Turks and Kurds.

However, this had a devastating impact on the non-Muslim minorities, particularly Armenians. The minorities were heavily taxed, but Armenians were double-taxed, up to around 217% during World War I.

The reforms disagreed with the Ottoman Muslim population’s perspective of the Christians and the idea that they cannot be equal to the Muslims. It is suggested that this might be one of the reasons behind the violence against Armenians that came later.

Sultan Abdul Hamid II felt that the Ottoman Empire was weakening, particularly after the Russo-Turkish war. He wanted to re-Turkify the Ottoman population and strengthen its foundations. Abdul Hamid’s main target were Armenians, who had become active and loud about equality with Muslims during the recent years.

Between 1894 to 1897, 88,243 Armenians were killed, and approximately 100,000 died from diseases and famine as a result. Villages, churches were looted and destroyed and hundreds of Armenians were forcibly converted to Islam. 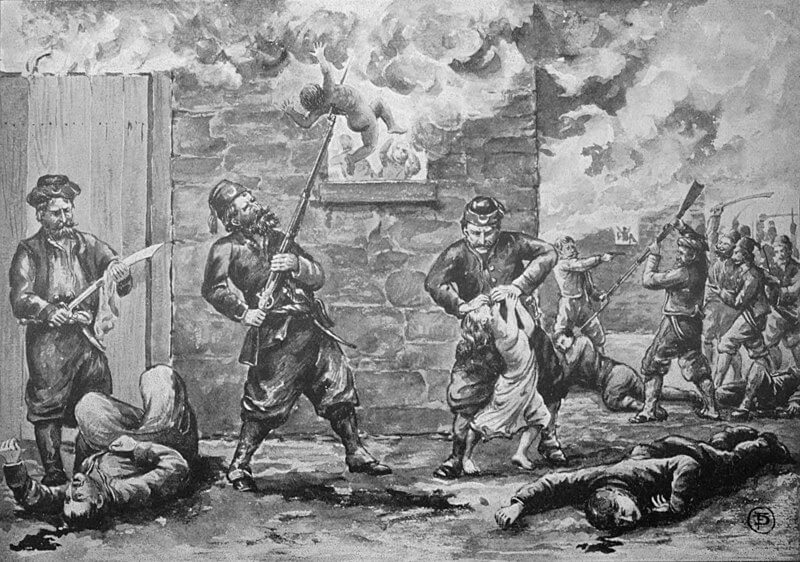 Before the Genocide, there were approximately __ Armenians in the Ottoman Empire, of which, 1.5 million were killed. Those who escaped sought refuge in Eastern Armenia and other nations around the world, expanding the Armenian Diaspora.