How did the Byzantine Empire come to existence?

Life of Armenians in The Byzantine Empire

Armenians, who made up a large part of the Empire, served in the army and fought in battles in the Byzantine Army. The Byzantine army benefited greatly from the participation of Armenians in battle, not only did they increase the number of men going to battle, but they were among the bravest of soldiers.

Many Byzantine Emperors were Armenian, whether partially or fully. Emperor Heraclius’s father was Armenian and his mother was Macedonian. Romanos I (an emperor that came long after Armenia separated from the Byzantine Empire) was an Armenian navy commander, who later became the Emperor in 920.

During the 630s, Arabs began their conquests and headed towards the Byzantine Empire. In 636, the Arabs defeated the Byzantines, and in 637, they defeat the Persians. Instead of securing the front against the Arabs, the Byzantines focused on annexing more land of historical Armenian, such as Dvin (looted, killed, etc). 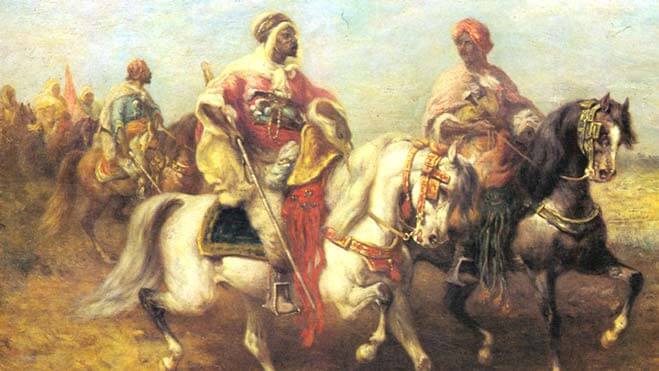 Armenians were under Arab rule, and in the 8th century, they constantly protested being under Arab rule. The most influential of those protesting were the Bagratunis. From the second half of the 9th century, Arab rule weakened and the Byzantines tried to help Armenia gain independence. Byzantine Emperor Basil I consents to have the Bagratunis be the new rulers of Armenia; the Arabs and the Byzantines both recognize the new dynasty and Ashot I as the king of Armenia.

Learn more about Armenians and Armenian history by clicking here.