Life in the Soviet Armenia was not easy, but living in the Soviet Union had great benefits to it; the education was of high quality, there was no unemployment, and much more that will be seen throughout the following article. Nevertheless, it is important to mention the drawbacks, and how the Soviet system hurt many including authors, artists, etc.

As Armenia Entered the Soviet Union

The Soviet Union was established in 1920, and Armenia became part of it that same year. It was a big relief to Armenians for two main reasons:

Due to the Armenian Genocide, huge quantities of Western Armenians (those that fled Ottoman persecution) flooded Armenia. This was a problem since the economy was practically non-existent and people could not get by. It was Armenia’s entrance into the Soviet Union that allowed Armenia to prosper and rise from the ashes.

Lack of the Freedom of Expression

The Great Purge (1937-1938) was a great hit on Armenian culture. Many authors, such as Yeghishe Charents and Aksel Bakunts were rounded up and executed on the command of Joseph Stalin. The conveying of many Armenian values, culture, and ideas was terminated. Basically, all that was created had to be with reference to communist principles and its spread.

Many Armenians were exiled to Siberia to work in gulags, particularly those who came to reside from abroad but were considered suspicious by the state.

The gulags (labor camps) received large quantities of laborers, people who did not abide by the rules imposed on them. However, the functioning of these gulags contributed largely to the growth of the number of factories and other infrastructure in the Soviet Union.

Other Periods in the Soviet Union

The persecution of intellectuals and artists who went off-track from Soviet ideology did not stop after the Great Purge. The KGB was heavily involved in plotting the fates of such individuals.

For instance, Minas Avetisyan (1928-1975) was a painter who mainly focused on nature, the countryside, and religion in this paintings. He was threatened and attacked multiple times in the early 1970s. In 1975, he was hit by a car and according to his wife, he survived the crash; he died mysteriously in the hospital after. Many speculated this incident to be the work of the KGB itself, as it was not the first time such a thing took place.

The Positive Impacts of Soviet Rule on Armenia

Education is key in a nation’s economical and moral development. The Soviets were very uncompromising when it came to education.

Growing up in Soviet Armenia meant receiving one of the best educations in the world at the time. Soviet schools, including that of Armenia SSR, were extremely strict and discipline was mandatory. Corporal punishment was common in schools and it was considered a method of disciplining students; this practice decreased over time. Students in schools learned numerous subjects and were graded harshly for each.

This extreme style of education was most severe until the 1950s (basically, until Stalin died), after that, it was slightly more flexible, for purposes such as properly educating disabled children.

The legacy of this rigorous education system can still be seen with the current literacy rate of Armenia being around 99.7% 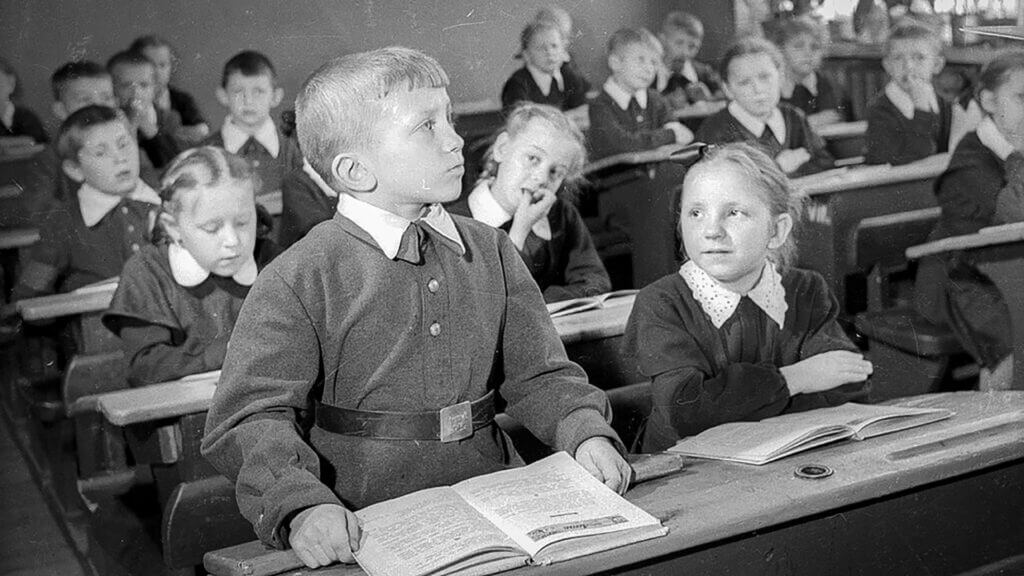 Since the Soviet Union was made of 15 states, it was necessary for all the peoples living there to get along with one another. Despite having wars with most neighbors from 1918 to 1920, Armenians were now obliged to live alongside the people they fought against. Years of the Soviet idea “friendship of the Peoples” (Дружба народов – druzhba narodov) created a sense of tolerance among the ethnicities in the region; however, this was very fragile and it vanished towards the end of the USSR when the Nagorno-Karabakh War began.

Armenians were (and still are), naturally, agitated at Turks for the violence and genocide many witnessed (with 1,5 million dead) in the Ottoman Empire. In the name of tolerance and friendship among nations, Armenian writings, films and songs condemning the Turks were filtered and censored; anything anti-Turkish was cut out so as to not offend the Azerbaijanis and other Turkic ethnic groups in the union.

Works by foreign authors, movies, and other mediums were heavily regulated and anything that was not in favor of the Soviet ideology was removed or edited.

The Foundation of Armenia