Vardavar is a festival in Armenia that is celebrated 98 days after Easter. On this day, people go out into public spaces and splash one another with water, regardless of age and attire. The main action takes place in the Republic Square, Swan Lake by the Opera house, and inevitably, neighborhood yards.

There is no doubt that the festival of Vardavar originated in pegan times, in pre-Christian Armenia. One of the deities Armenians would worship was the goddess Astghik, who was the goddess of love, water, fertility and beauty. Astghik was born from foams in the water, and thus, people poured water on each other that day and offered sacrifices to the goddess.

There are numerous suggestions as to what the term “vardavar” stands for and how it originated.  According to ethnographer Samvel Mkrtchyan, the word “Vardavar” is of Hittite origin, meaning “rose” “bright”; this corresponds to the same meaning some attach to the word in Armenian itself, because in Armenian, “vard” (վարդ) means rose and “var” (վառ) means bright. Similar interpretations also suggest that it comes from the custom of sprinkling rose water at each other.

Other versions include that sugguested by historian Grigor Ghapantsyan, that Vardavar is a Hittite word formation consisting of the words “vadar” (water) and “arr” (to wash, to shake).

Some others consider the word “Vardavar” to be borrowed from Sanskrit. Literary and cultural figure Hovhannes Tsotsikyan considered only the first part of the word, “vard”, to come from Sanskrit, meaning “water”, and the other part, “avar”, to come from the Armenian word meaning “to pour”, “to scatter”.

Despite overruling stance on the notion that it originated in pagan times, some suggest that Vardavar is meant to commemorate the Great Flood (from the Bible). According to the legend, when Noah’s ark arrived at the tip of the mountain Masis (the larger mountain of Ararat) and descended to Nakhijevan, that is the day that the month of Navasard began. It is also proposed that Noah required his sons to pour water on one another and release doves into the air, to be reminded of the flood.

However, the leading narrative is the Christianization of the festival. In the 6th century A.D., the Holy Catholicos Movses II (574 A.D. – 604 A.D.) introduced the Feast of the Transfiguration into the Easter period; Vardavar was enforced as a festival which celebrates the Transfiguration of Jesus Christ. 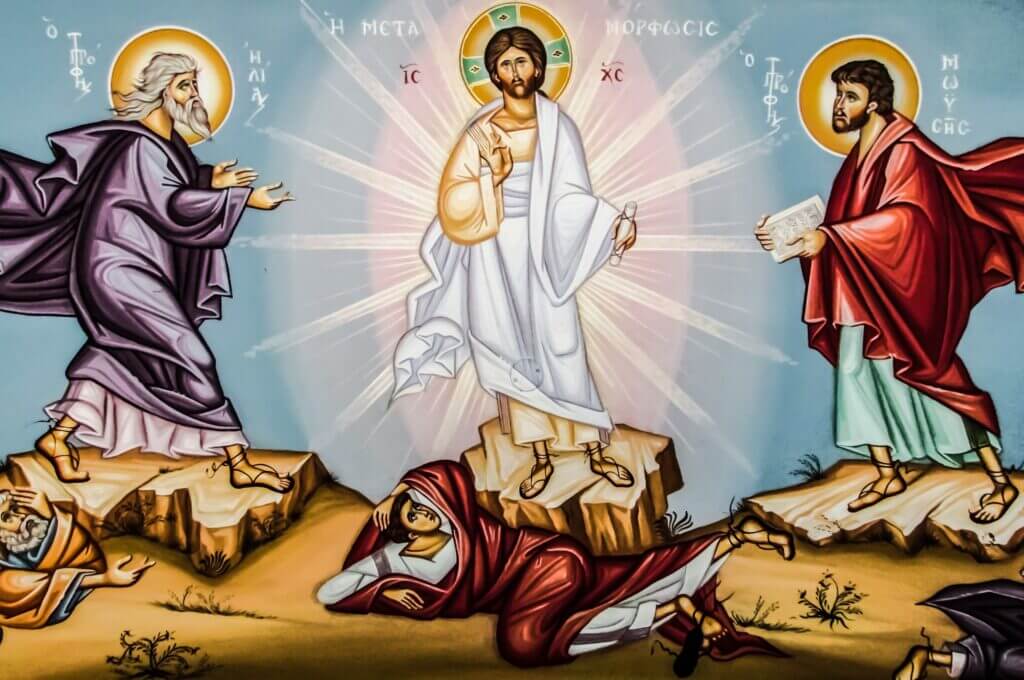 On the day of celebration and festivities of Vardavar, after completing work in the field and gathering the grain, it was customary to organize a large feast, blessing and making sacrifices to deities responsible. Practices included the custom of sprinkling water on each other, flying pigeons into the air, giving flowers to one another, making pilgrimages (at water bodies and shrines), sacrifices and having night-time performances.

Since Vardavar coincided with the gathering of ripe grains in the fields, and people took bouquets of corn to shrines and temples in order to thank the gods who helped with the growth of the corn, additionally, they sacrificed lamb in water springs, and honored the goddess in the shrines for her blessing of water. On this day, Armenians appealed to her for love in their families and for rain for their fields that had dried from the summer heat.

In Armenia, Vardavar is celebrated to this day. It is celebrated 98 days (14 weeks) after Easter, and usually falls in the months of June or July. On this day in Armenia, people, particularly the youth, splash and poor water on one another to celebrate the festival, making it nearly impossible to get around town without being splashed and sprayed with water.

However, for most Armenians, the celebration is limited to this specific practice only. Nevertheless, different groups might celebrate on different days and they may have different practices; the pagan community still commit to the rituals and practices that were once a custom to most Armenians. 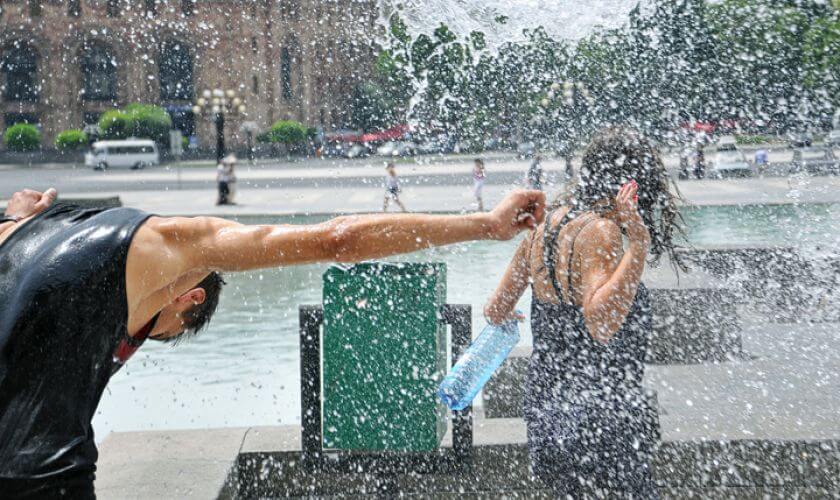 To learn more about Armenian Events and Holidays, click here.