Trndez (Տրնդեզ) is celebrated on February 13-14 every year (on the eve of the 14th of February), which is 40 days after the birth of Jesus Christ (Armenians celebrate Christmas on January 6 each year). 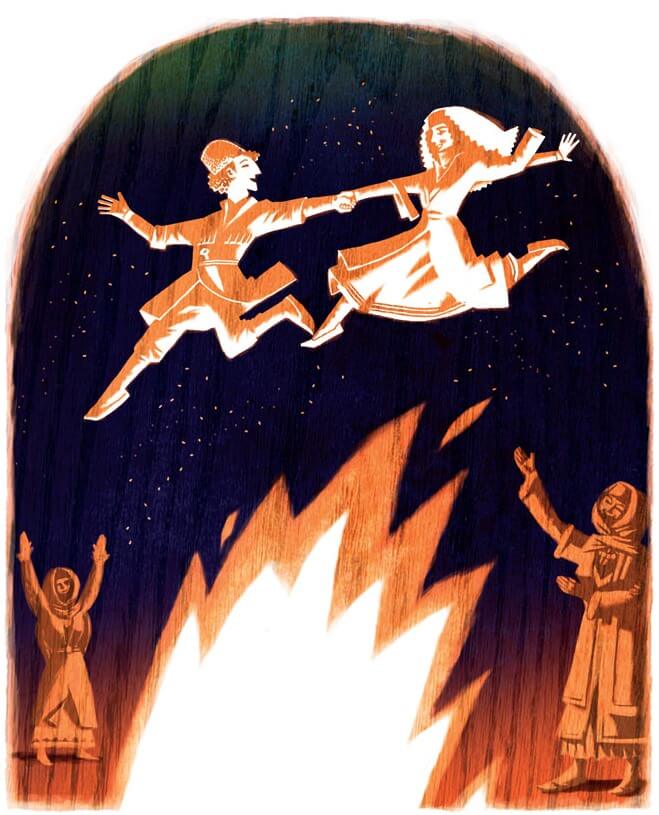 On the eve of the 14th of February, Armenians light a bonfire; it is done by churches in their courtyards, but it is also done in backyards, out in the street, and other open spaces.

While waiting for the flames to calm, people gather around the fire in a circle and dance traditional Armenian dances. After the fire has settled, newly engaged or married couples (other couples can do so too) hold each other’s hand and jump over the fire and to the other side of the bonfire. This act is to be done three times (that’s the recommended amount).

Roasted wheat and hemp, called aghandz (Աղանձ), is served to the couples after they have jumped over the fire and gone through the process of purification (by jumping over the fire). 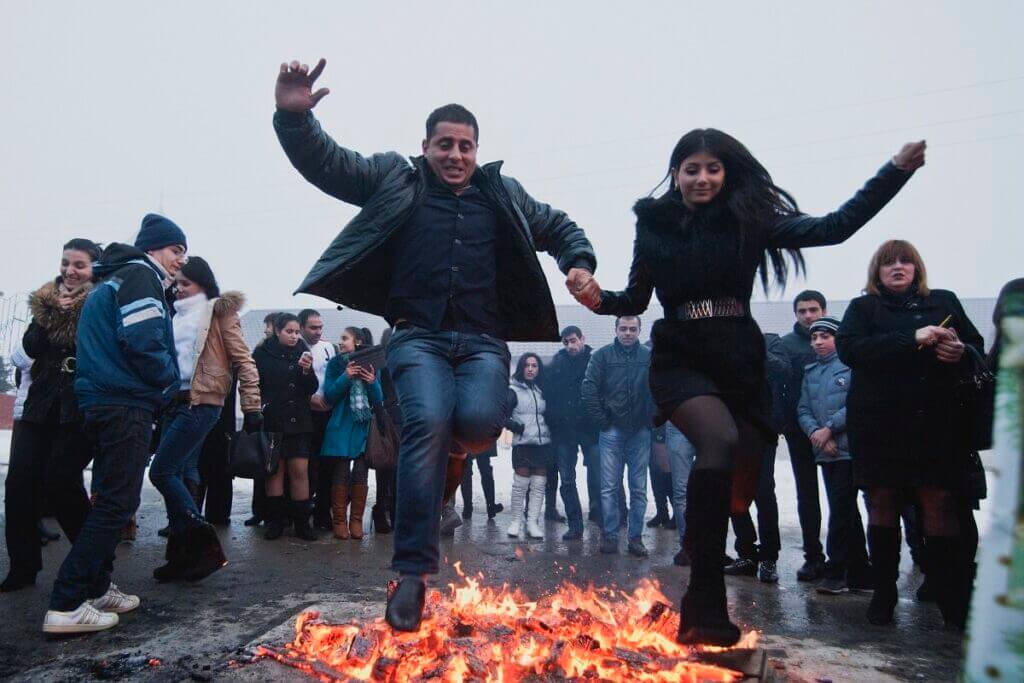 Trndez traces back to pagan, pre-Christian Armenia. The festival was a form of worship to the God of sun and fire, Vahagn. The festival represented the concept of fertility and the coming of spring in Ancient Armenia.

Despite the adoption of Christianity in 301 A.D., people continued to celebrate the festival. Instead of putting an end to the celebrations, the Armenian Church adapted it as a Christian celebration. The name given to Trndez (the Christian version) was Tearnundaraj (Տեառնընդառաջ), which translates to “to come to meet the Lord”. The Christian explanation of the holiday is that the festival celebrates the the presentation of the 40-day-old Jesus Christ to the Temple in Jerusalem (since it is 40 days past Armenian Christmas).

The Philosophy Behind the Celebration

Many believe that the process of jumping over the fire brings luck and fertility over the couples and the land, and gets rid of the risks of misfortunes.

However, the Armenian Apostolic Church opposes these superstitions and general beliefs among the public, stating that it is a Christian holiday and it is a festival that symbolizes purification and, as mentioned before, celebrates the the presentation of the 40-day-old Jesus Christ to the Temple in Jerusalem. 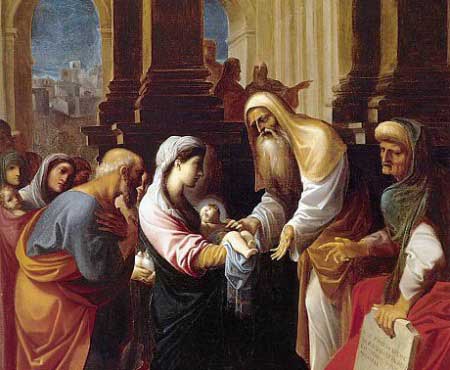